Last year, when I started to enjoy montaineering I found only time for five tours late in the year. Now, for this years my plans are more ambitious: 20 Tours to summit shall it be.

That means I have to start early!

Since I had no time on the weekends in march due to other activities. I planned the first tour for the first weekend in April :

A rather short tour for the start of the season. To keep the unavoidable sore muscles to a minimum. According to bergtour-online.de it’s a tour of about 3 1/2 hours: 2 hours up to the peak and 1 1/2 hours for the return.

I left early in the morning so that could start off at 9 am from the parking lot at the Spitzingsaddle. The 4€ parking fee were immediately cashed in by the friendly parkguide after he directed me where and how to park. So it proved unnecessary that I gathered extra change to feed the parking meter.

Before reaching the Spitzingsaddle I did a short foto-stop at the Schliersee: 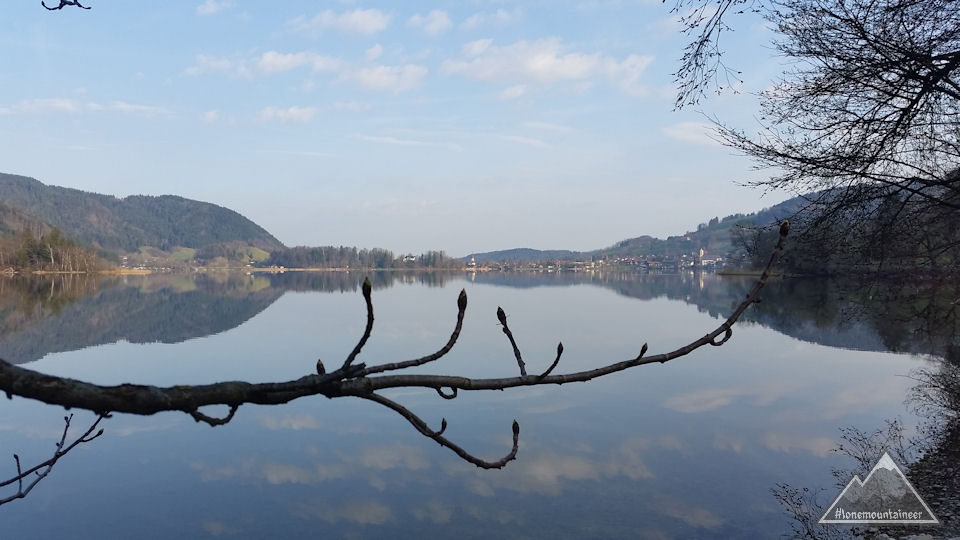 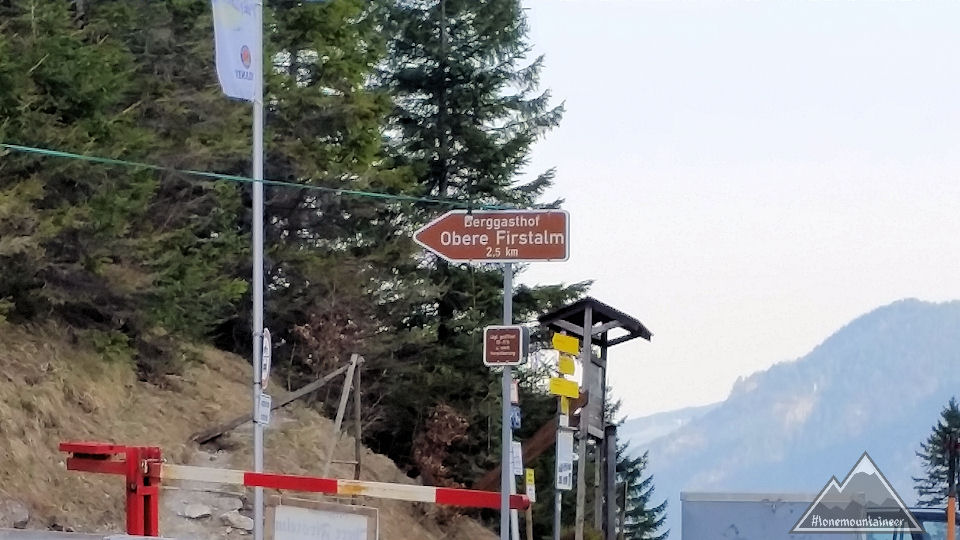 The track starts right across the road from the parking lot. You cant miss the big sign “Berggasthof Obere Firstalm 2,5 km”. The forest road, which serves in winter as a sled track, leads without big turns but for a forest road remarkably steep uphill. When it starts to flatten out and even going slightly downhill, you get to the “junction” to “Brecherspitz 1 h”. 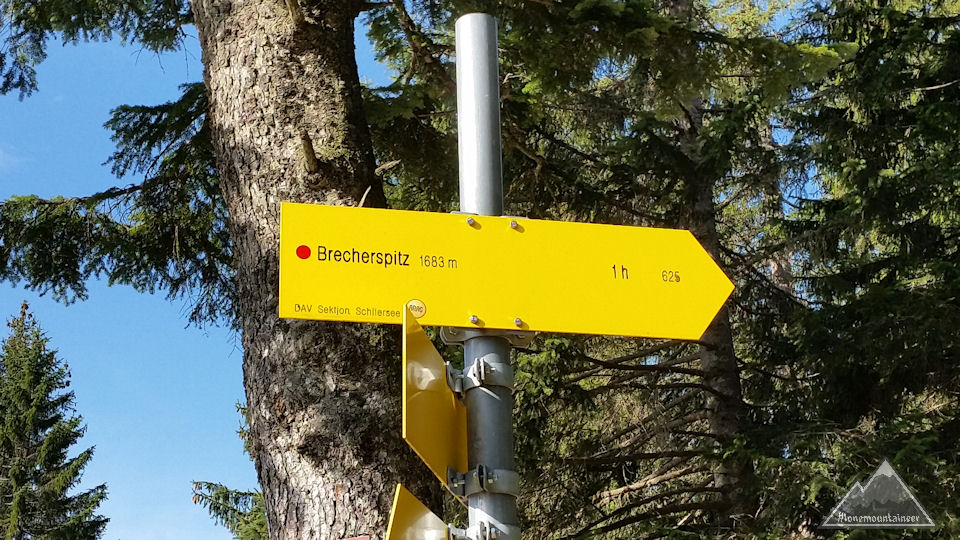 A few steps after the turn you can see the pretty long, steep hillside up to the Brecherspitz pre-summit. A couple of times signs point out, to stay on the path and not abbreviate, to spare the nature. 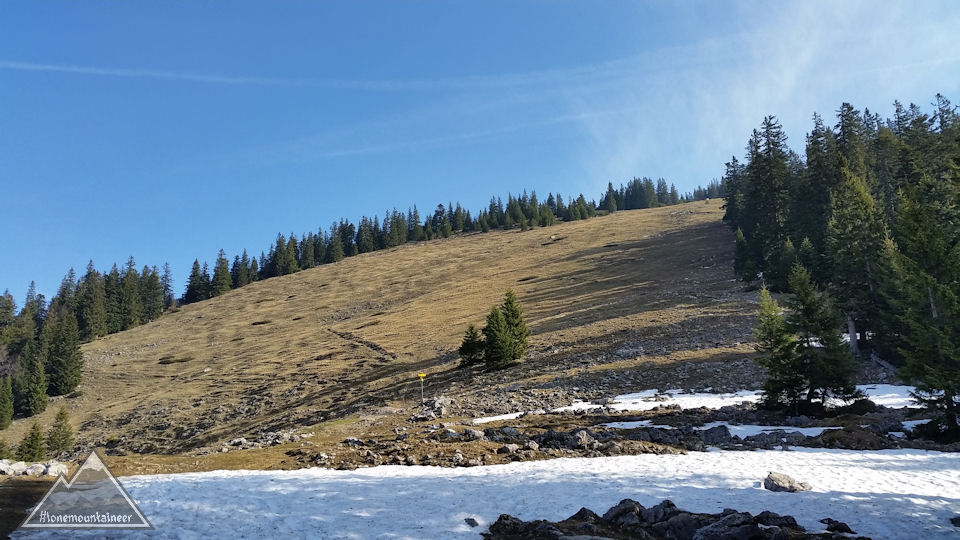 After about half an hour you get to the pre-summit. A little bit to the left, off the path, you get a first good view onto the Brecherspitz and the ridge over which you get there. 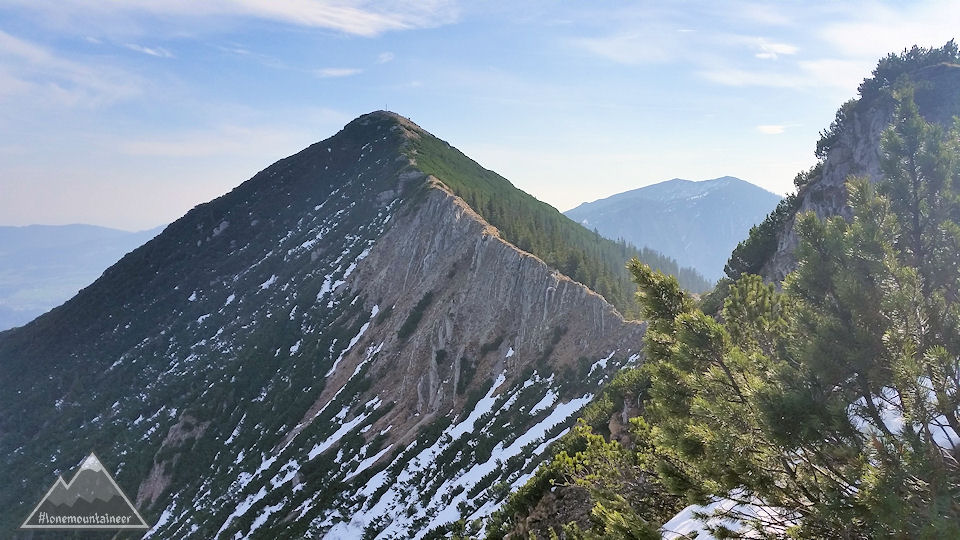 From here you have to follow the ridge. It’s mandatory to be sure footed and free from giddyness, but the attached steel ropes make it easy. At first the path leads steep down, which already comes close to climbing. Then it leads straight up to the summit. 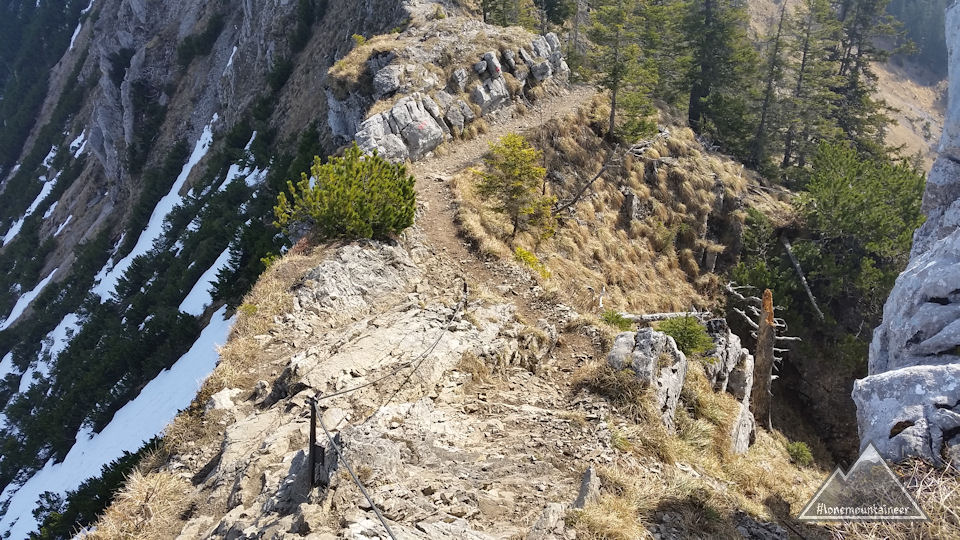 From the ridge you get a first view at the Spitzingsee and looking back at the Freudenreich chapel.

From the well-visited peak (you can probably only rarely experience solitude here) you have a fantastic panoramic view.

After vespers and enjoying the view and the sunshine, you return along the ridge back to the pre-summit. The return took longer than expected as the oncoming traffic increased in the meantime. and you don’t want to squeeze by exactly at the steepest and tightest spots. 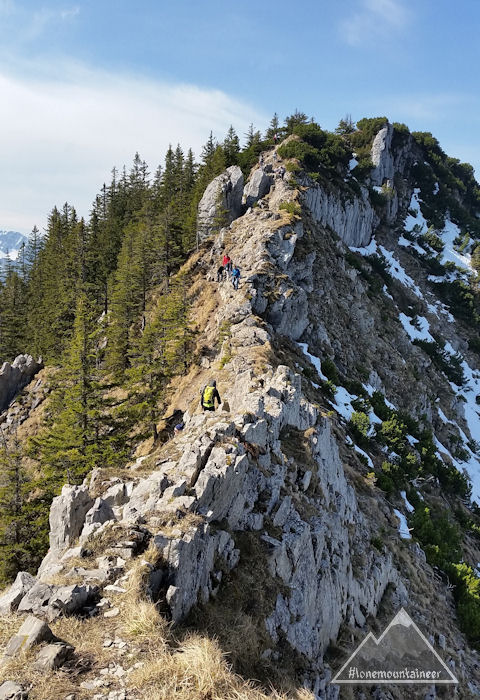 The sign “Freudenreich-Kapelle 30 min” (Freudenreich Chapel) tempts me to make a detour.

The path proves to be more difficult than expected – at least that early in the year. At a few spots there is plenty of snow on the path, which makes especially going downhill pretty slippery. But also the uphill passages are not without complications. At one spot they even put in two iron clamps to make it easier to pass. 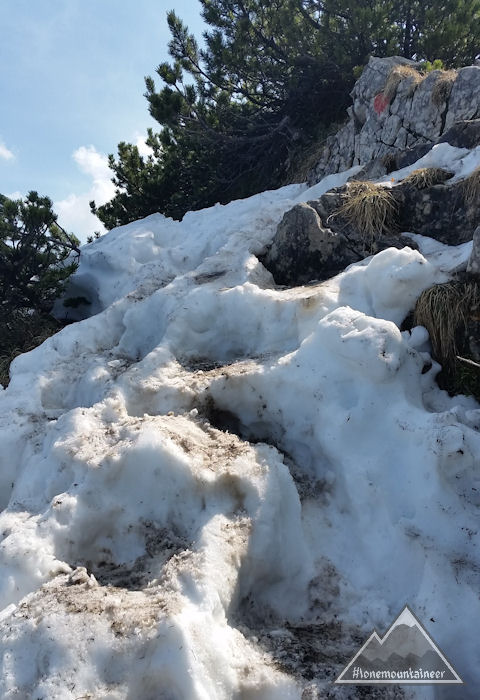 The Freudenreich chapel ist even smaller than expected from the distance. From here you have a good free view at the Brecherspitz, again. 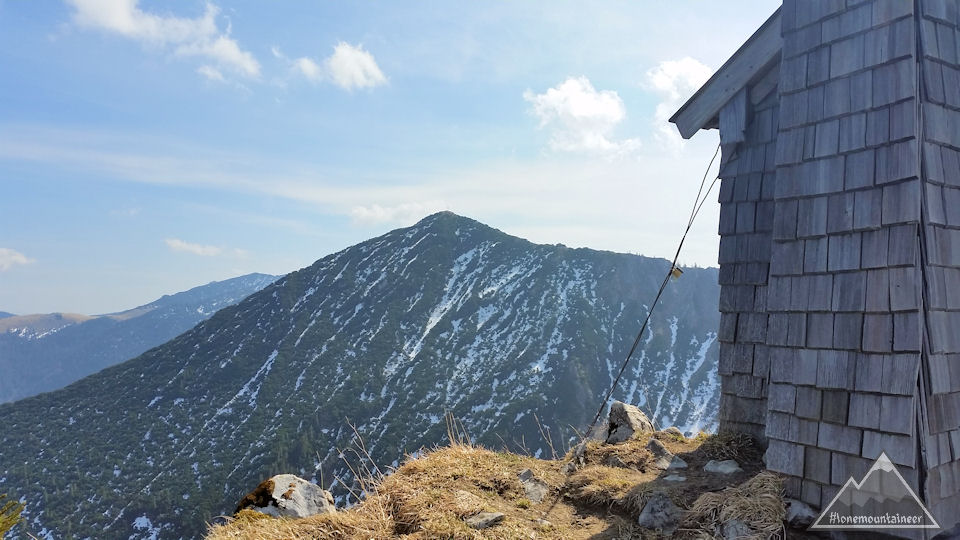 From here a steep path leads downhill over an open hillside. A sign “Freudenreich-Alm 1 hour” let’s me think about a going down here. And then return to the Obere Firstalm farther down. But I couldn’t find any sign, that there would be a track leading back to the Obere Firstalm from here. So I decided to return via the pre-summit .

On the return – the snowfields are uphill much less a problem than they were going down – a short break at the pre-summit. Before I take the descent over the steep path back to the Obere Firstalm. 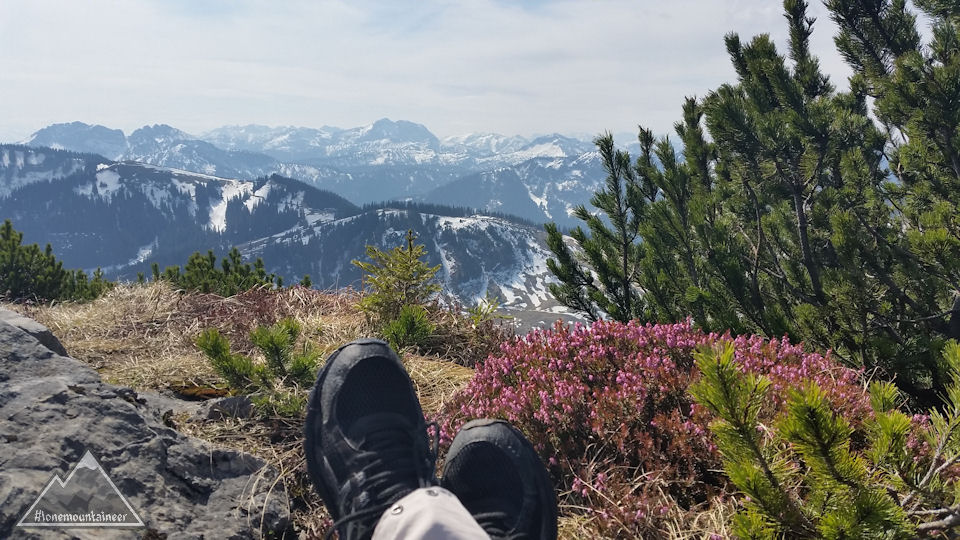 Arriving at the forest road, one last detour to inspect the Obere Firstalm. Here I discover a sign: “Freudenreich-Alm 30 min”.

That way you would have at least part of the tour a round-tour and you wouldn’t have to go back and forth the same way.

The return over the forest road down to the parking lot is pretty unspectacular.

All in all – also thank to the fantastic weather – a wonderful start into the season.